Nickelodeon Fanon Wiki
Register
Don't have an account?
Sign In
Advertisement
in: 2023, Alvin & The Chipmunks, Nickelodeon,
and 5 more

Alvin and the Chipmunks
by
Ross Bagdasarian Sr.

Alvin & the Chipmunks is a 2023 American animated musical television series produced by Bagdasarian Productions that will premiere on Nickelodeon in June 2023. It features Alvin and the Chipmunks and The Chipettes as teenagers. After 33 years, it returned in a reboot.

The series follows in the future, Dave Seville Jr., a son of Dave Seville who is raising three singing teenage Chipmunks (Alvin, Simon, and Theodore) as his adoptive brothers.

The series made its English-language debut on Nick in the United States on June 13. 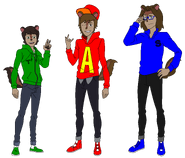 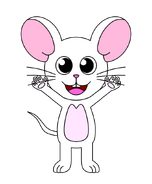